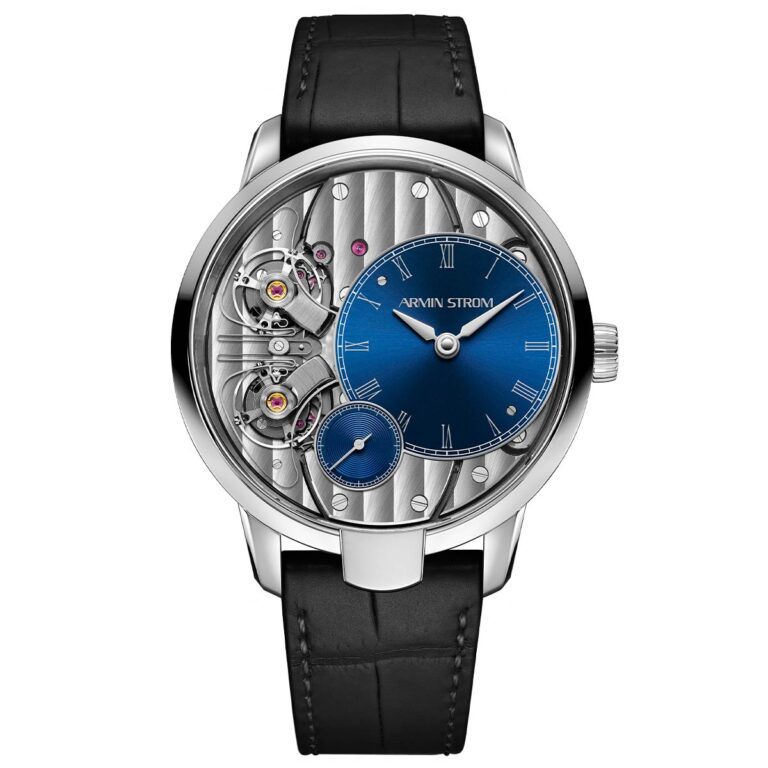 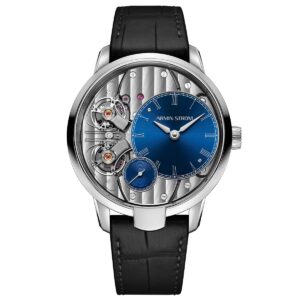 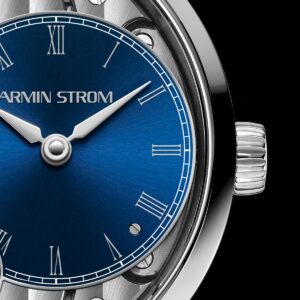 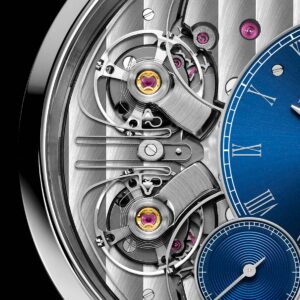 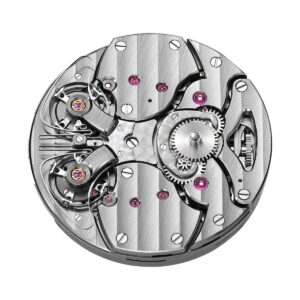 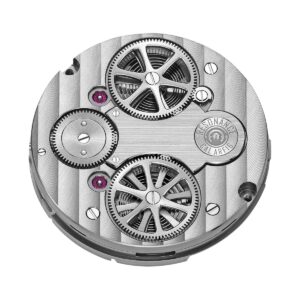 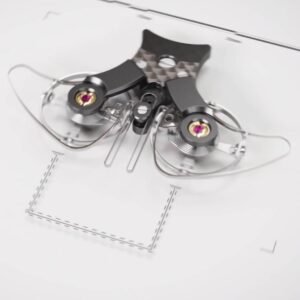 The Pure Resonance’s differentiated ability to consistently maintain a state of resonance represents nothing less than a redefinition of the practical limits for horological precision in a wristwatch.

Resonance watches are so rare precisely because they are so extraordinarily difficult to design and produce, as they essentially require two watch movements to be combined into one unit that utilizes two independent mainsprings, gear trains, escapements, and balances. A resonance watch requires its two balance wheels find a concurrent rhythm so as to continuously regulate one another. The follow-on challenge is to consistently maintain oscillation-rate stability; in order to enlist the resonance phenomenon to the cause of chronometric precision. This challenge has historically eluded even the greatest of watchmakers, as the fragility of the phenomenon makes it extraordinarily difficult to consistently maintain with resiliency to disruption; particularly in the context of a human wrist that is both continously in engaged in unpredictable motion and which often ‘bumps into things’.

SUSTAINING A CONSISTENT RESONANCE STATE: A SOLUTION TO THE 200-YEAR OLD PROBLEM

The pursuit of a consistent state of resonance is what ultimately led Claude Greisler to conclude that Abraham-Louis Breguet’s approach, which achieves resonance via precise balance-wheel proximity, was of little actual utility in the context of his precision-oriented horological ambitions. Greisler’s goal was to harness the resonance phenomenon in a wristwatch with sufficient consistency to enable his wristwatch to operate with marine-chronometer precision, despite the ever-changing positions of the human wrist. Marine Chronometer accuracy targets consistency as its sole goal; meaning that it must gain or lose precisely the same number of seconds every single day without variation. Contrast this with the variable plus/minus approach for a standard wristwatch and the difference becomes exceedingly clear. It would require two balance wheels to dynamically regulate each other on a consistent basis in order for Greisler’s ambition to be achieved.

In the end, Greisler’s solution would require a return to first principles and a deep exploration of the resonance theories of Christiaan Huygens (the father of mathematical physics and the inventor of the pendulum clock; who had died over 50 years before Breguet was even born).

In keeping with his desire to restrict his solution to the same materials that his watchmaker-grandfather could have used, Greisler’s developed his “Huygens Resonance Clutch Spring” in steel. He spent three years perfecting its shape and characteristics: recalculating, optimizing, simulating, testing, retesting and achieving incremental improvements until the ‘Huygens Clutch Spring’ had developed into its current form. This patented clutch spring design maintains an optimal a state of resonance by synchronizing two sets of oscillators (comprising twin balance wheels and balance springs) in what Huygens described as a state of ‘odd sympathy’ (oscillating in perfect consonance but in opposite directions, while synchronized in anti-phase).

‘Kinetic Art’ for the wrist 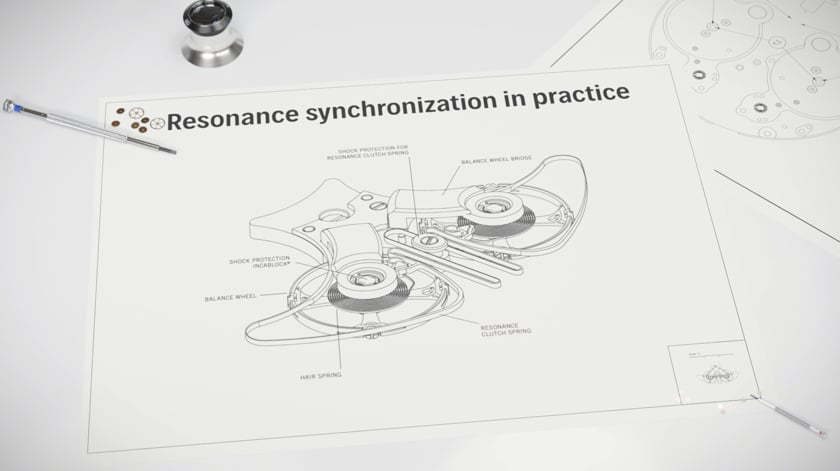 The state-of-the-art basic Caliber ARF16 showcases its resonant regulators and Huygens Resonance Clutch Spring. Bridges are decorated with succinct, eye-catching côtes de Genève, applied for the first time in straight lines. It’s absolutely spectacular movement finishing is often overlooked as the hypnotic pulsation of its clutch spring and the synchronized motion of its two balance wheels provide a mesmerizing distraction that invariably captures most of the attention.

“My primary objective was to improve chronometric precision via the consistent maintenance of a resonance state. But that consistency was also a prerequisite to sustain a kinetic spectacle on the dial side of our watch. With a great deal of time and effort, our technical and aesthetic ambitions were both ultimately achieved.” 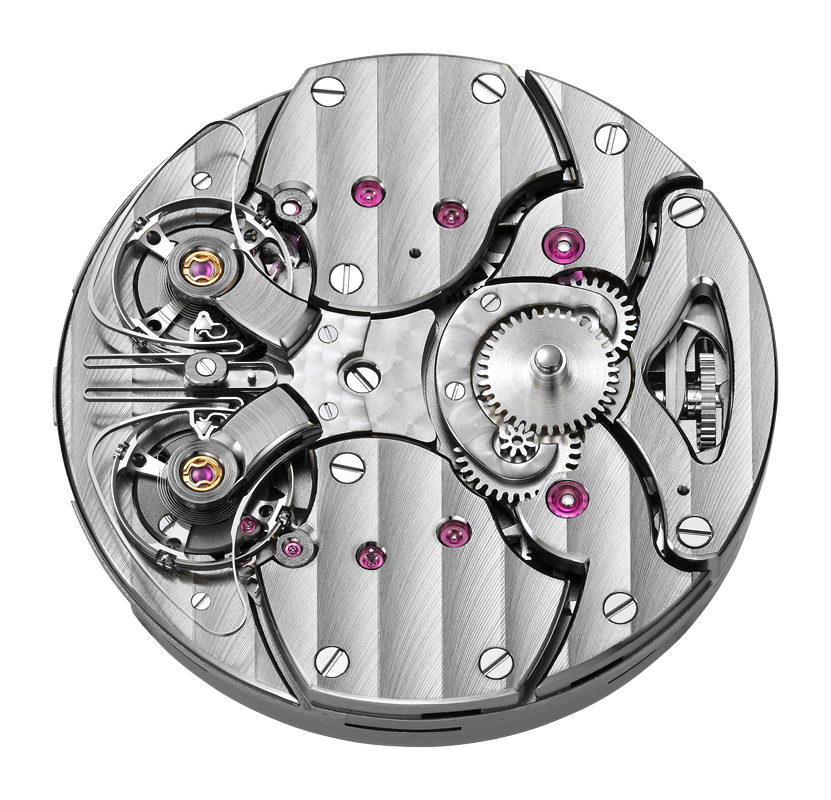